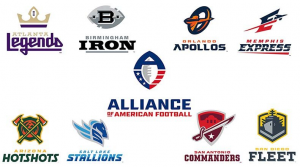 The Alliance of American Football aka AAF is the new professional American Football league in the United States founded by Charlie Ebersol and Bill Polian. The league is stock with former NFL and College Football stars that make it more interesting. The season began on February 9, 2019, a week after the Super Bowl.

The regular season will have 10 weeks and the two best teams from each zone will make the playoffs, to play the respective conference finals and finally the game that chooses the champion.

The AAF arrives to fill the void left by the absence of the NFL, but it is also a new possibility for players that did not have a good performance in it and can resurge their careers and return to the elite.

In a way, the AAF is an extension of the NFL and is not expected to be the competition, since it will only be played in the spring.